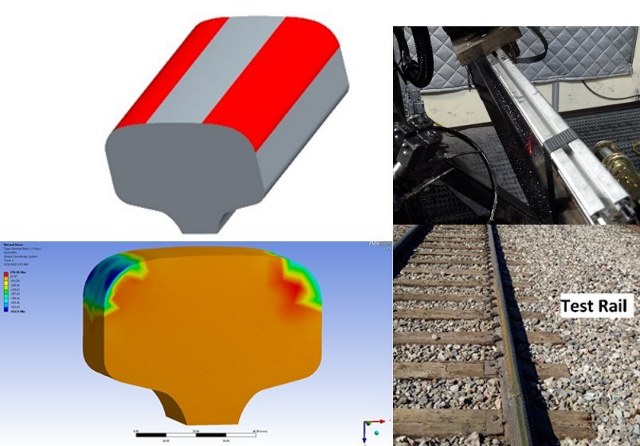 The Illinois Applied Research Institute partnered with the University of Illinois Rail Transportation and Engineering Center and the Transportation Technology Center Inc. on a project to reduce surface damage and enhance rolling contact fatigue resistance of railway rails through a selective laser hardening treatment of the railhead. The project funded by the Association of American Railroads and led by Dr. Mohamed Aboukhatwa, a Senior Research scientist at ARI.

The project evaluated the use of selective laser shock peening treatment to the rail gauge corners of standard AREMA 136RE rail sections along both sides of the railhead to introduce deep residual compressive stress fields by the action of a traveling planer shock wave.

Field tests indicated an enhanced wear resistance and more uniform wear rates of the laser-treated rail compared to standard rail. The laser-treated rails had higher running surface hardness with less flattening at the rail gauge corners and did not show any signs of surface fatigue damage.